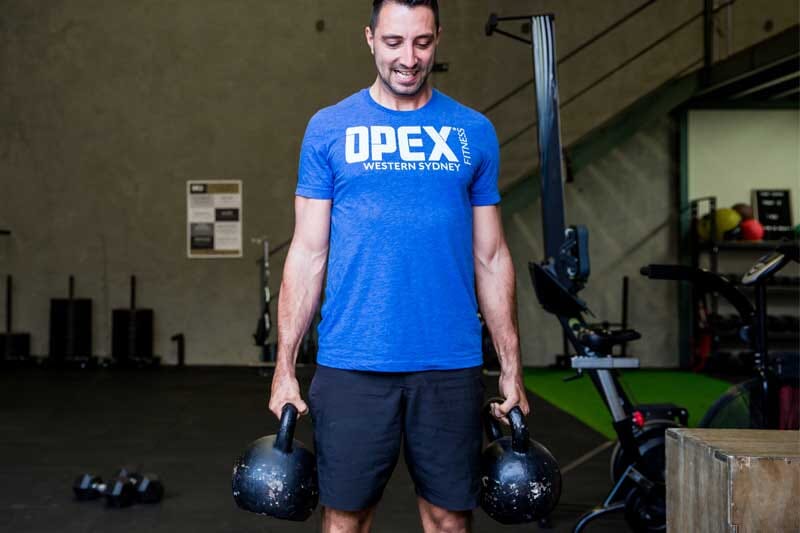 A personal coach keeps him fit for life

How a personal coach is keeping Boris Kezic fit for life

Boris Kezic “tried everything there is to try” when it came to fitness. This eventually led the 31-year-old from Sydney, Australia to get involved in CrossFit in 2013. While he enjoyed the workouts and the camaraderie, he said he wasn’t getting what he needed to achieve his specific goals as an endurance athlete.

Then one of the coaches at his gym, Trevor de Souza, signed up for the OPEX Coach Certificate Program (CCP) in 2014 and started offering an alternative to group classes: individual program design. Kezic jumped on the opportunity to receive individual programming.

“I was kind of like a guinea pig for Trevor,” Kezic remembered. The experiment was a success. “As soon as I went on an individual program, I made more progress in those 12 weeks than I did in three years of group classes in terms of (achieving) things I actually wanted
to achieve,” Kezic said.

Specifically, he added 12 lb. to his squat and he increased hiss 5-rep max deadlift by 15 percent. “And my pull-ups went from 13 to 17. More than the numbers, though, it was this feeling I had of gaining real steadiness and stability,” Kezic said. “I did a lot of weighted carries that helped a lot, and longer workouts with heavier weights and prescribed rest times, and lots of tempo work.”

This was really important to Kezic, as he’s an endurance athlete and wanted to become more stable and strong during long endurance events.
“My most significant achievement since starting individual programming was doing a half Ironman. I had always wanted to do one, and Trevor really programmed for me in a way that helped me feel really comfortable on the day of the race. That’s something that definitely wouldn’t have been possible for me in group training,” he said.

De Souza explained all of his clients who switched from group classes to individual program design saw quick progress like Kezic. Much quicker than when they trained in a group, said de Souza, the owner of OPEX Western Sydney.

“We are now able to truly define what (our clients) want out of a fitness facility and provide that service (and) coach them to get around barriers they face as individuals walking their own health and fitness journeys,” he said. The OPEX system also makes it easier to educate clients to make better lifestyle choices, he added.

A big piece of the puzzle for Kezic was digging into his diet. “Before that, there was no direction when it came to my sleep and nutrition. Once we
switched to individual program design, I started getting help with my diet. Trevor helped me make sure I was eating enough calories and getting my (daily) macros,” Kezic explained.

This was especially important for Kezic, who follows a plant-based diet. “What I like about Trevor is he has never prescribed exactly what I need to eat. His mentality has been to get me focused on getting enough protein and all the fat that I need being plant-based,” Kezic said.

Nearly seven years later, Kezic still relies on de Souza to help him in all areas of his life related to health, fitness and nutrition. He said he has no intention of stopping because the value it brings to his life is irreplaceable. “At this point, could I write a program for myself that’s half decent? Sure. But Trevor can do it so much better and he can make adjustments depending on what’s going on in my life,” said Kezic, who runs his own graphic design company.

“It has been especially good when life gets busy. There are only so many areas in your life you can give conscious attention to, and if work picks up, for example, he knows how to give me the right dosage of training. Like I can say, ‘Hey this week I only have two days to train and not four.’ He’ll adjust the program and I’ll still be able to maintain a high level of fitness during some of the busiest times of my life, and stay injury-free. He
has so much knowledge that I couldn’t replicate even if I tried,” Kezic added.

Working with Kezic in a one-on-one environment has been rewarding for de Souza as well. “He was my first client seven years ago and I've been lucky enough to see him grow inside and outside the gym. Not only have I seen him become stronger and more
enduring physically over the years, but I've also been able to watch him grow spiritually, as well, and pass on happiness to so many other people,” de Souza said. Kezic’s next goal is to run a 100-km ultramarathon in the next 12 months, a challenge he said he wouldn’t tackle if he didn’t have a coach helping him out.

“Trevor has made fitness really sustainable in my life. Not having to figure out what to do, when to do it, it just takes a load off,” he said. Kezic added: “Nothing I have encountered in (the fitness industry) offers a quicker way to get where you are, to where you want to go, than having a personal coach.”